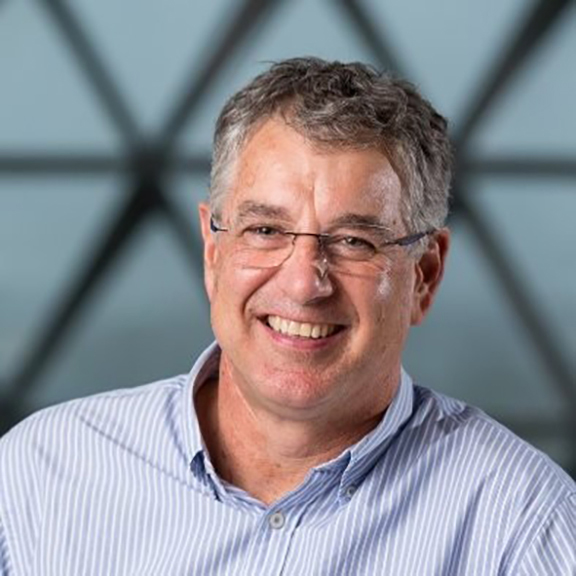 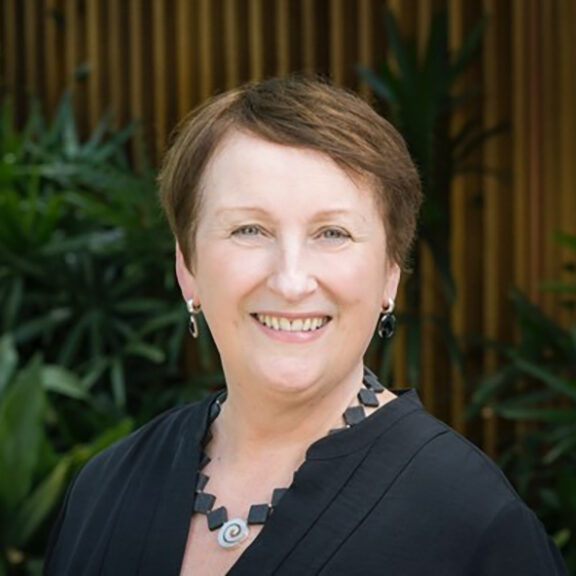 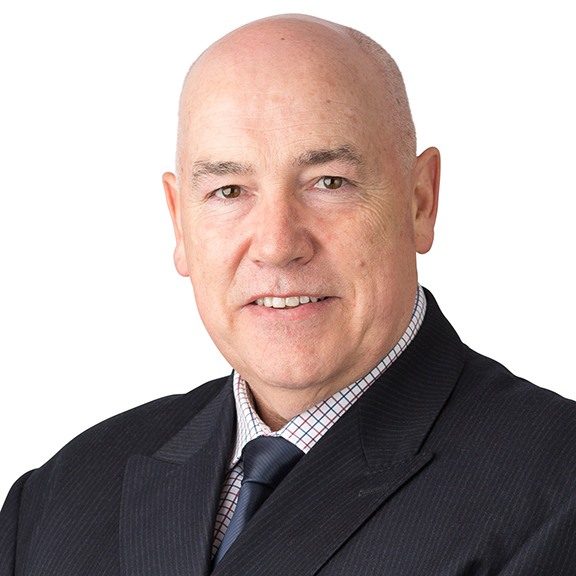 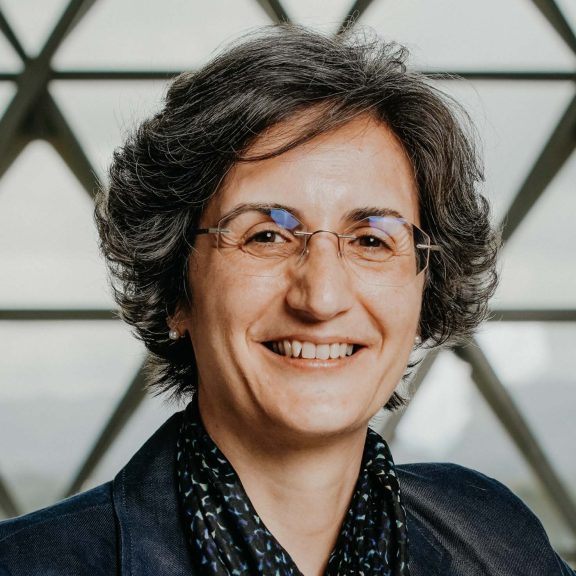 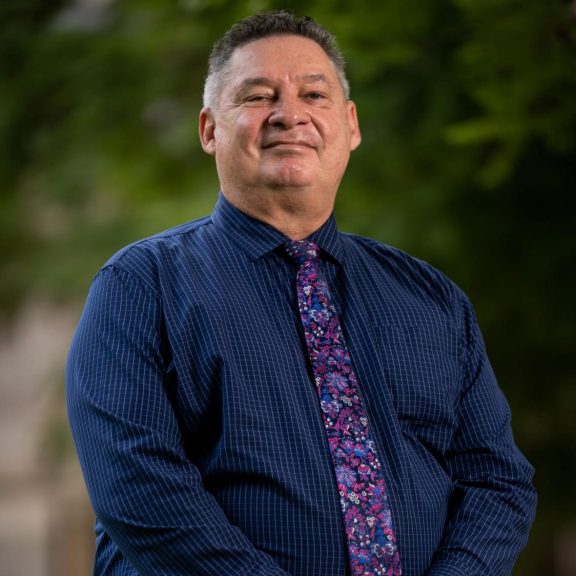 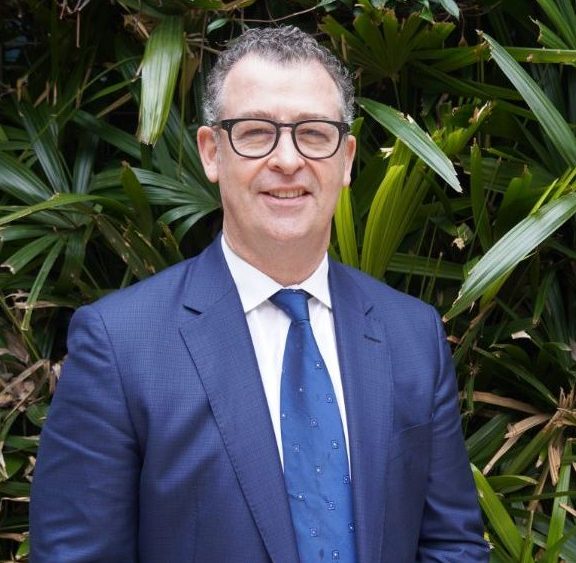 Professor Steve Wesselingh was appointed as the inaugural Executive Director of the South Australian Health and Medical Research Institute (SAHMRI) in October 2011.  He is Chair of the NHMRC Research Committee and sits on the NHMRC Council.

Steve was Dean of the Faculty of Medicine, Nursing and Health Sciences at Monash University, from 2007-2011.  Prior to taking up the Deanship, he was Director of the Burnet Institute an independent medical research institute specialising in infectious diseases, immunology and public health.

Steve is an Infectious Diseases Physician with research interests in Neurovirology, HIV and vaccine development, more recently he has been involved in defining the role of the Microbiome in Human Health. He has consistently worked towards the integration of high quality medical research with health-care delivery, leading to improved health outcomes for Australia and the poorly resourced countries of the region.

She brings a passion for leading transformative organisational change to support innovative and patient-focused healthcare services within a strong financial framework and an academic, research-centred environment.

Lesley has had more than 35 years’ experience working across the public health system in Australia and the UK, where as CEO, she oversaw the turnaround of the Medway Maritime NHS Foundation Trust into a high performing, stable and sustainable organisation, embedding a culture of safety and quality improvement.

She previously had a long career in the Victorian health system and served as the CEO of West Moreton Hospital and Health Service in Queensland and was the COO and Acting CEO of the Adelaide Health Service from 2008-2011.

Lesley leads and participates in many of the innovations and research driven strategies of CALHN and the academic health ecosystem, partnering with organisations both nationally and globally to ensure that CALHN fulfils its’ ambition of “Shaping the future of health”.

Lesley is committed to the delivery of a pioneering integrated healthcare network benefitting all South Australians, underpinned by world-leading research and world-class patient care.

Prior to this, Ben was Head of the Department of Anatomy and Developmental Biology, Monash University (2017-2019), and Head of the ACRF Chemical Biology Division at the Walter & Eliza Hall Institute of Medical Research (2014-2017).

Ben trained at the Walter and Eliza Hall Institute and conducted postdoctoral studies with Professor Monica Justice at Baylor College of Medicine in the USA. He established the Kile Laboratory which is focused on the molecular regulation of blood cell formation and function, with a particular interest in the role of cell death pathways in hematopoietic development and survival. Recent work has centred on the mitochondria as a source of innate immune signals during apoptosis.

Mr Paul Flynn is an experienced, innovative, and entrepreneurial Board Director and Chief Executive who has earned a stellar reputation for impact during a distinguished career in both the Finance and Not for Profit sector.

Paul has been acknowledged for his contribution to the Banking and Investment Industry by being awarded a Senior Fellowship of the Financial Services Institute of Australasia. Paul has also been recognised for his contribution to industry by being awarded the Ernst & Young Social Entrepreneur of the Year in South Australia/Northern Territory and has also been awarded the Equity Trustees Australian Not for Profit CEO Award for Innovation. Paul has been acknowledged and awarded as an Honorary Fellow of the University of South Australia.

Professor Maria Makrides is the Theme Leader for SAHMRI Women and Kids and Deputy Director of SAHMRI.  Maria is a National Health and Medical Research Council (NHMRC) Principal Research Fellow and an Affiliate Professor at the  University of Adelaide.

Maria leads a multi-disciplinary research group of over 60 staff who are highly skilled in conducting and translating nutrition intervention trials with mothers and babies.

As a research dietitian, Maria is committed to improving the health and nutrition of mothers and their babies through conducting and translating high-quality research. She is particularly recognised for work investigating the health effects of dietary fatty acids, iron and novel dietary ingredients in the perinatal period. This work has resulted in significant changes in the composition of infant formula and had an important impact on changing international food laws (Codex Alimentarius), which determines the minimum safe composition of infant foods. Her current work is transforming the nutritional care of pregnancy women to reduce prematurity risk.

Maria is also President of the International Society for the Study of Fatty Acids and Lipids. She has over 300 peer reviewed publications including a number in the prestigious journals the Lancet, the New England Journal of Medicine, the Journal of the American Medical Association and the British Medical Journal. She is also co-editor of four books, including the most widely sold textbook in pediatric nutrition that is now translated into Chinese, Spanish and Russian.

Professor Steven Larkin is a Kungarakan man from Darwin in the Northern Territory, Australia. He is currently the Pro Vice Chancellor Indigenous Engagement at the University of Adelaide.

Steven’s appointment as Pro Vice Chancellor at Charles Darwin University in 2009 was a historic moment as he became the first ever Aboriginal person to be appointed to a Senior Executive position at any Australian University.

Steven holds a Doctor of Philosophy (PhD) from the Queensland University of Technology, a Master’s degree in Social Science from Charles Sturt University and a Bachelor of Social Work degree from the University of Queensland. He has served on numerous national advisory committees in Indigenous Affairs across a number of portfolios and has chaired the Aboriginal and Torres Strait Islander Higher Education Advisory Council for three years  where he successfully lobbied to instigate the Behrendt Review on Indigenous higher education in Australia, and in doing so, was subsequently appointed as a member of the review panel.

In addition to these appointments, he continues to provide invaluable input as a member of several national advisory committees and well-respected professional affiliations which include The Healing Foundation, Beyond Blue Research Advisory Committee and The New Colombo Plan Reference Committee.

Professor Andrew Zannettino is the Professor of Experimental Haematology, Faculty of Health and Medical Science at the University of Adelaide and heads the Myeloma Research Laboratory within the Precision Cancer Medicine Theme at the South Australian Health Medical Research Institute (SAHMRI). His laboratory focuses on identifying the molecular and cellular mechanisms responsible for the of myeloma disease progression and myeloma-associated bone loss.

In addition to research into the pathophysiology of multiple myeloma, Andrew is a recognised leader in the field of mesenchymal stem cell biology. With collaborators, Andrew holds numerous patents covering the composition and regenerative properties of Mesenchymal Precursor Cells (MPCs), a rare cell population present in many postnatal tissues. The family of patents underpin the world’s largest cell therapy company Mesoblast Ltd.

Andrew provides executive leadership as Pro Vice Chancellor (Health Partnerships) and Executive Director Research Strategy at Central Adelaide Local Health Network (CALHN). He is a founding member of the Medical and Scientific Advisory Group (MSAG) of Myeloma Australia and serves on the Executive Management Group for the Cancer Council, Health Translation South Australia, the Robinson Research Institute and is a non-executive director of AusHealth Pty Ltd.

Prior to his employment at CALHN, Gerry was the Inaugural National Medical Director establishing the Australian Organ and Tissue Donation and Transplantation Authority (DonateLife). During this role, he led the medical and clinical development of the Authority with all stakeholders to achieve a nationally consistent, best practice approach to organ and tissue donation and transplantation, clinician engagement, health reform and policy and clinical guideline development.

Gerry brings a significant interest in resource utilisation and system design, health policy development, evaluation and implementation. With a strong clinical background as an Intensive Care Specialist, Gerry’s interest and specialities are in the sustainable service delivery in intensive care medicine/acute care, clinical practice improvement and health reform specifically in the use of educational, interdisciplinary and team-based strategies to improve patient centred outcomes and consumer engagement.

Gerry undertook his undergraduate studies in Dublin Ireland before continuing his career with postgraduate fellowships in anaesthesia and intensive care medicine in Ireland, Australia, and the United Kingdom. His other roles in CALHN have included Clinical Services Director, Division of Critical Care and Director of Intensive Care Services.